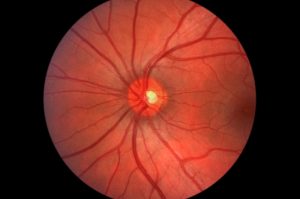 Glaucoma is a very serious condition of the eye. It is also known as the “silent thief of sight” because it often shows no symptoms until the damage has already occurred. Because of this, it is crucial to see your optometrist for a complete eye exam every year.

What Are the Two Types Of Glaucoma?

There are two types of glaucoma. The most common is open-angle glaucoma, and it accounts for 90 percent of all glaucoma cases. The other, less common type of glaucoma is angle-closure glaucoma.

What Are the Symptoms of Glaucoma?

The symptoms of glaucoma depend on the type that you have. Open-angle glaucoma shows no symptoms early on. As the disease progresses, it can result in tunnel vision, blind spots, and blindness.

The symptoms of angle-closure glaucoma are noticeable in the early stages. The symptoms include headaches, nausea, vomiting, seeing halos, blurry vision, and redness of the eye.

Who Is At Risk For Developing Glaucoma?

The main risk factor of open-angle glaucoma is high eye pressure. If you have a family history of glaucoma, you are also at greater risk. Other risk factors include age and a thin cornea.

Angle-closure glaucoma occurs most often in people with East Asian and Inuit ethnicity. People over 40, people with a family history of glaucoma, and people who have suffered an eye injury, or had eye surgery are also at risk.

How Is Glaucoma Treated?

Unfortunately, there is no cure for glaucoma. Your best defense against the condition is treatments that will help slow the progression of the disease. Medication, often in the form of eye drops is often used to keep the pressure in your eyes down. If you cannot easily handle the eye drops, your optometrist can prescribe an oral medication that will have the same result.

Laser surgery is a common treatment method. The laser would change the way that your eye’s drainage system works. If successful, the surgery will allow your eye to drain properly, keeping the pressure down.

To prevent permanent blindness, you should make an appointment with Resident Eye Care Associates in Fair Lawn for unbeatable optometric services. Annual visits to an optometrist will allow your doctor to catch your condition as early as possible to slow the progression of the disease.